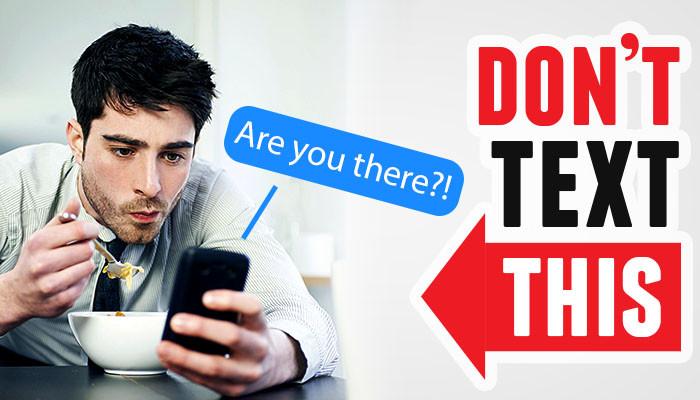 HEY, GUYS! ARE YOU

a dare devil? A man who throws caution to the wind? A man who doesn’t care what he says. To anyone. Including his wife or girlfriend? A fool?

Then why on earth are you constantly in hot water with your special girl or wife? Let me guess because I know how a man thinks, but I am a man. Men are too prideful to admit that they have weak areas in themselves. I do. But I’ve learned. I’ve had to many times, reinvent myself in order to make peace and keep the peace in my home. By NOT being so quick to say things to the women I know that may be considered taboo. Off-limits. Unheard of. Not mentioned in public. Not even among ladies in the ladies room. Things that men say out of a relaxed reflex and think that the woman they are talking to will just overlook it. And go on.

Not so. Women have feelings, guys. Sensitive feelings. It’s high-time that we mean learned that about the opposite sex buddy. And let’s face it, guys. “We” are notorious for ‘opening our mouth and inserting our foot’ in our jaws. Don’t you agree? Now if you are among the very-rare group of men who are perfect in every way from speech to physique, then disregard what I am saying in this story.

But if you are like me, average. Non-famous. Just thankful to be here in life. Then pay attention. I’ve uncovered. Discovered. Stumbled upon seven things that all women should never hear from any man. Including you.

I will start from the least-ignorant thing a man can say to a woman and end up with THE MOST-UNCALLED-FOR thing that any man can say to any woman. In public. Or private.

there you are. Sitting in a semi-decent cafe with your pretty girlfriend or wife. Suddenly, like women do sometimes when they think that you are paying attention to them, and she says, “My doctor said today that I weighed over 110 pounds. I laughed.” Without thinking. Your first blunder. You say what you think is a supportive-remark, but if you were her, would you like to hear, “You really weigh that much?” I don’t think so.

in the same semi-decent cafe. You are sitting eating a pretty-nice dinner with your pretty girlfriend or wife, and she again, is foolish enough to think that you are paying attention to her, says, “My sister argued that “I” was three years older than her,” and you uncork this stupid response. With a big bite of liver in your mouth. Get ready to shovel down some ‘crow’ in a minute for you have just crossed the ‘dangerous female line,’ and you will pay. I promise. And I am not referring to the bill.

on the way home from the semi-decent cafe, your pretty wife or girlfriend remarks, “Hun, I need some money for a new dress. This one is three years out of style and I look like a cow in it,” and without looking at her, you say the above non-intelligent remark. Didn’t you know to just hand her the money or credit card? She didn’t ask for you to critique her dress. What a doofus.

and who is this Bob you are raving about? And who is Bob’s new wife? Didn’t you bother to think what you said over in your mind before you let your mouth get you into deep-trouble with your pretty girlfriend or current wife? Remember this word: NEVER tell your special loved one that another woman, even her sister, is a knock-out. A beauty. A bomb shell. This hurts your female companion’s self-esteem. Would you like it if she said, “Wow, that Sean Connery is the man I’d like to have if you die before me”? No. You would come unglued.

need I explain this one? Sometimes, some women have to ‘fish for a compliment,’ because you will not compliment her out of your own free will. She might intentionally put herself down to hear you disagree with her. For example. “Hun, have you ever noticed how I eat? I eat like a horse. It’s disgusting,” she says. You, thinking a reinforcing statement is in order, say the above. Her mind is now searching for just what animal you think she DOES resemble when she eats. Will you ever learn, guys? Women are not like us. They are special. With special emotional needs.

well, you have really done it this time, buddy. You told your wife about you and the guys eating at your favorite Hooters restaurant after your bowling match. That was cool with her. But at this Hooters, you had one too many Miller Lite’s and your tongue is in low-gear. When you enter your home, your wife says, “I didn’t know that shirt made you look so big,” but out of sheer, ignorant male bravado, you reply something that “Jill,” your scantily-clad Hooters waitress said about the same shirt. All I can ask is why? Why did you even bother to answer? You should have said, “Right, baby. I will not wear this rag again,” and that would have been that.

this, guys, is THE worst thing you could ever say to your girlfriend or wife. And it gets you very silently. When you are kissing your girlfriend or wife good night, or good bye, she whispers, “I love you, Bill,” and without as much as a thought, you say, “I love you too, Mildred,” which was your old flame’s name. What is your problem, Bill? Can you focus on your wife, Janey, for just one moment? You will from now on.

One final thing, guys. Did you know that it’s an unspoken fact that us guys can get our feelings hurt by other guys? Yes. This is a true fact if I ever told one.

The WORST thing you could NOT do at this point to me is NOT say “thank you,” for such an informative article.

So, I, in faith, honestly-reply, “You are welcome.”