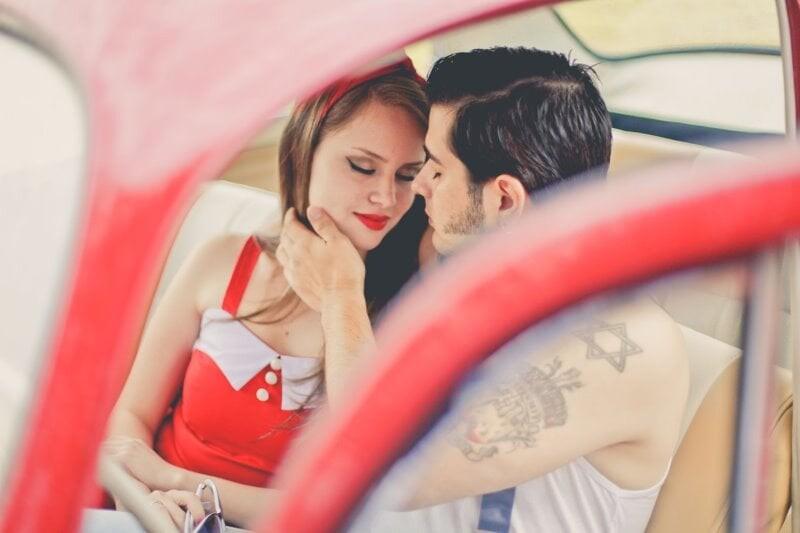 What life experience made you decide that you would like to be a dating coach?

I’ve always been drawn to making a difference in the lives of others. But it was after a difficult divorce in ’03 and my subsequent journey to getting better with women that I decided to help others find the love of their life. A number of my friends (even girlfriends) had suggested I’d be perfect for this role, which pretty much confirmed my purpose.

What was your dating life like before you became a dating coach?

For much of my life, it was quite inconsistent. But once I made an effort to understand women and become the man they’re attracted to, my fortunes improved dramatically. By the time I met my wife Emily I was routinely dating several women at once, all of whom at any given time were precious and adorable.

How does being a dating coach affect your own love life? Do you apply the same rules and matching techniques to your own dating habits?

Great question. I’ve often said that being immersed in the art and science of dating and relationships on a daily basis has sharpened both my focus and my skill set. It’s not only that I’ve continued to become better at what I do, the spotlight of being somewhat of a public figure serves to keep both Emily and I accountable to maintain our wonderful relationship. Fortunately, with a terrific woman like her around that’s never a burden.

What is the most important thing when giving relationship advice to your client?

Three things, I’d say. First, we’ve got to walk the talk. Second, we’ve got to be able to successfully impart what we know to others. Third, we’ve got to be relatable to those we coach. Perhaps ironically, it’s the past failures and imperfections we’ve redeemed along the way that make us better dating coaches.

What is the most asked question from your clients? And why?

For men, it’s often about how to be the masculine men women want in a feminized world. For women, it’s where to find all the good men. Interestingly, both of those issues come down to confusion among men over their role in today’s post-modern Western society.

Do you have some requirements for your clients?

Absolutely. They have to be mentally sound, adore and respect the other gender and be willing to at least try what we suggest for them. It goes without saying, of course, but they also have to resonate with our general message or we’re not going to be the best fit for them as coaches.

Is there a universal strategy that works for all dating advices?

Yes, and it’s both contrary and disruptive to other dating advice. Instead of the flawed, but extraordinarily popular battle cry to compel others to give you what you want, we challenge both men and women to deserve what they want instead. When two generous, optimistic and level-headed people who “get each other” enter into a relationship, their chances of success are fantastic.

Is there a specific trait that prevents someone from having a successful relationship?

It’s a selfish, even narcissistic mindset that most surely dooms a couple to failure. Unfortunately, that’s pandemic nowadays, even as mainstream dating advice feeds the disease, as it were.

Certainly also, a bitterness or even hatred for MOTOS (members of the other sex) prohibits one from enjoying a happy long-term relationship.

Scot and his wife, Emily Mckay

How have apps such as Tinder and online dating sites changed the way of dating?

There are more dating options than ever, and more potential people to meet and connect with. The problem is that since our “options” don’t present as real, actual people until relatively long after we begin to interact with them, there’s been a deleterious effect on the dating landscape overall. Common respect for one other has decreased dramatically, leading to a rise in fickleness and “ghosting” as we fail to recognize there are real, actual human beings behind each smartphone.

I also believe that relationships and sex have been cheapened even more than ever in recent years, leading many to feel utterly empty inside. Sex is more available than ever, whereas real connection with real people has become all the more elusive.

If there’s one piece of advice you’d have for singles who are looking for a partner, what would it be?

That’s easy. If you’re male, don’t be afraid to proudly represent as a man. If you’re female, be all woman all the time. Despite political posturings and the minority who preach gender irrelevance, the raw building blocks of sexual polarity and attraction remain masculinity and femininity. That’s an international language that will never change.

This is the end of our interview with Scot McKay. Check back u4my.com blog next week and read more interview in our dating coach interview series!