How to Roleplay with your spouse in the bedroom 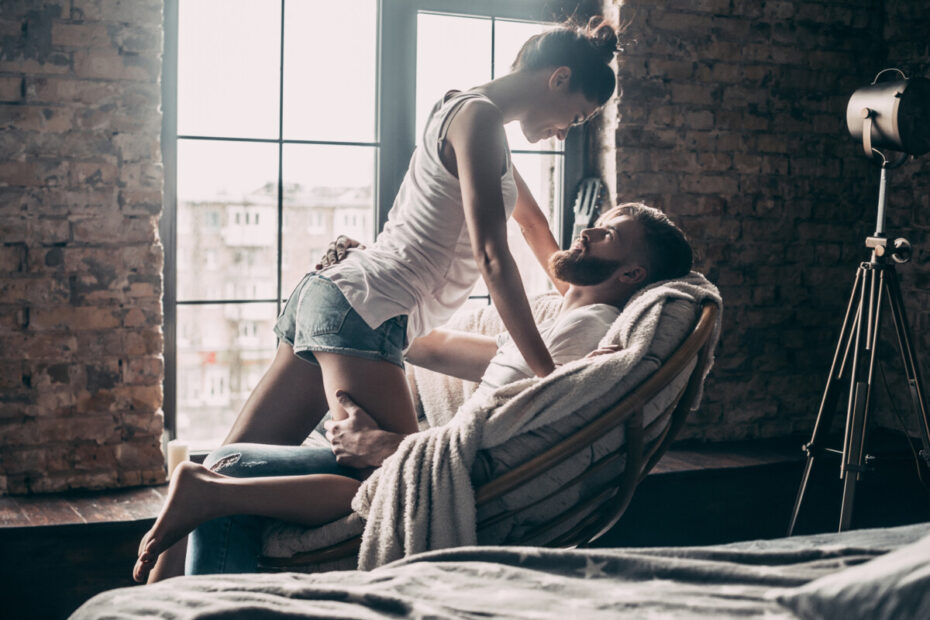 Role playing with your spouse

Who says that sex in a marriage has to be boring, mundane, prude, traditional? With all of the nudity, blatant sexual acts that take place on the computer, television, billboards, video games, intimacy in marriage is going to be put to the test!

The point being with so much sensual stimulation from the outside how is sex in a marriage expected to last if it is routine and boring? That is why bringing some spice into the relationship will keep the fun in the marital bedroom and not in someone else’s bedroom.

The people who are still happily married after ten years of marriage are those couples who have learned how to keep their intimate life alive and I did say “happily married”. One way to keep the passion going in the relationship is to add some excitement into the routine of sex with your spouse. One fun way to do this is a little role playing.

For some of the more conservative couples out there it will feel a tad bit uncomfortable at first, but if you understand that this is with your spouse and the two of you are married, then it should not be to embarrassing. As married couples we do many more embarrassing things in front of our spouse than have a little fun talking about our sexual fantasies and role playing in the bedroom.

So what exactly is role playing? It can be simple or extravagant depending on what each spouse agrees on. I am all for rules in role playing meaning that both spouses have to agree with it and when one partner wants to stop then the role playing ends.

A few fun ideas are

The couple pretends that they are having an affair and meet at a restaurant or hotel, and the other spouse plays the part of the other woman or other man. They play the roles of cheating on each other but of course it is just role playing with each other.

One spouse dresses up for the other spouse and pretends that they are another person, a woman can be a whole different person with a wig, dress makeup or if she likes her man in the military she can ask her husband to dress like a military man, (you get the example).

The bathroom is always a fun place to start a role play by setting the scene with champagne, bath bubbles, candles that turn into massage oil, soft music, rose petals that lead to the bed, set the scene and become the actors.

The point being is that both of you will be able to have a little fun with each other, even if it ends up that the two of you are up half of the night laughing at each other.

One time I had a couple that I was counseling where the man really wanted his wife to pretend that she was his mistress, and show up for dinner dressed like another person.  She had a sense of humor, and meet him in the worst prostitute out fit in the world.  The end result was the two of them laughing the whole night and him trying to cover her up with his coat jacket.  It it did not go as he planned but, they ended up having a great time together and he learned a little lesson about his feisty wife.

It’s with your spouse

The best part about role playing with your spouse is that the two of you will be experiencing this together, having sex together and as a result strengthen the bond of marriage, and the deep connection that a husband and wife share. Spice up the marriage.

Making love to a spouse can be the best possible pleasure experienced on earth and having it time and time again is even better. For a wife that wants her husband to come him from work early one day, set the scene and watch him race home. For a husband that wants his wife to be more intimate with him start with the bathroom scene followed by a back rub and then some…..lol. Have fun with your spouse and know that sex is a good and healthy part of a marriage. If role playing is not you cup of tea, then find another one.