Am I Really Supposed to Ask Permission Before I Kiss a Girl? 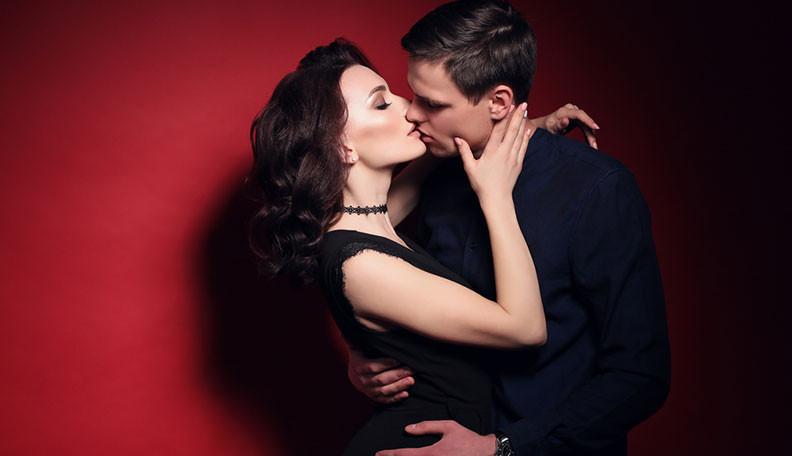 This lady came to my school to talk about ‘sexual consent’ and said it’s not okay to do anything with a girl without asking permission first.  I just don’t see it.  Asking permission every step of the way, it would ruin the mood and I’d be embarrassed anyway.  Does anyone do this, or is it just something adults get paid to tell us to do?

I totally get that it seems weird, and you’re not wrong about the fact that lots of us, maybe most of us, don’t do this.

But the short answer is: yes, you really are supposed to ask before you kiss anyone, at least the first time.

Of course you probably aren’t going to ask the 4th time or the 400th time you kiss the same person.  For most of us, once we establish what’s what in a new relationship we don’t keep asking permission to touch our partner.  But if it’s someone new, regardless of whether they are going to be in your life for one night, a lifetime, or something in between, if they are new and the relationship is new, no matter how awkward or mood-spoiling it seems, you should know the vast majority of us prefer to be asked first.

Just think about how you feel when someone touches you without asking.  It might be someone bumping into on the subway, or a relative you’ve never met giving you a big kiss on the cheek.  If it’s unwelcome, wouldn’t you rather they ask first?  Wouldn’t it be nice to be given a choice?

Why Asking Permission Feels So Weird

If you’re making plans with someone to go to a movie, you would talk about it, right?

You’d find a time that works for both of you, figure out a place to go that you can both afford, maybe talk about what might happen after the movie.

If you were trying to put together a piece of Ikea furniture with someone you would talk a bit about that too before you start.  Who is going to hold the shelf and who is going to put those wooden screws in?  Which one of you is going to drive back to Ikea when you notice that there’s a part missing?

We are so used to negotiating and getting consent for all sorts of social interactions that we don’t even notice we’re doing it.  And then there’s sex.

No one encourages us to practice talking about sex.  No one teaches us the social skills required to have those conversations.  Most sex education for young people doesn’t even include consent (we learn about how not to get pregnant and how not to get a disease).  So it feels awkward to ask permission to hug or kiss someone because it’s something we almost never do.  But as someone who has now done it for a couple dozen years I can tell you that after the first few times you do it, it feels less weird.

Do You Always Want to Be Touched?

Think about this for yourself.  Haven’t you had times when someone has touched you and you wish they hadn’t.  You don’t need to feel like you were assaulted (although you might) to feel that your personal space invaded.  It doesn’t have to be in a sexual context for it to feel unwelcome.  If you are with someone you don’t know well, who you haven’t kissed or touched before, the only way to avoid making someone feel like you have felt in those times is to ask.

There are lots of different ways to ask but if you don’t ask you won’t know.  And the truth is that a lot of us aren’t comfortable saying no.  We’ll go along with things and we’ll let stuff happen that we don’t want to happen.

One reason asking before we touch or kiss someone can feel risky is because we’re worried they’ll say no.  It can feel like there’s no coming back from having a kiss rejected.  But that’s only one possible response you’ll get.  You might get a yes.  And I can promise you that kissing someone after they’ve said they want to be kissed by you is an experience without equal, one everyone should have.

You might not get “no” or “yes”, you might get “later”, or “not right now.”  A lot of people don’t ask because they don’t want to hear the answer, so they go for it and hope for the best.  Sometimes this works out, sometimes it doesn’t.

As a sex educator, when I hear people say it’s too scary to ask, I think about another question I get a lot:  when is the right time to have sex?  One of my answers to that question is, if you can’t ask about touching or kissing, if you can’t have any kind of conversation about consent, it’s not the right time.

Wait, hang out with the person, get to know them better.  It may never feel completely safe to come out and ask if it’s okay to kiss the person you want to kiss, but that’s because you’re putting yourself out there, and with any sexual interaction, there’s going to be some emotional risk.

To be real, this isn’t the way it goes for lots of people.  Lots of people can’t talk about their sexual desire, and so they drink alcohol, or do other drugs, or make sure everything happens in the dark, with no talking.  Sometimes this is fine.  But sometimes it can go very wrong, and you can find yourself in a situation where the person you were with felt like they didn’t have a choice.  And even in a situation with it goes “fine” having sex should be more than fine, sex should be good!

About Those People Who Get Paid to Tell You Things

Even though in this case I’m agreeing with what the person who came to your school, I want to encourage you to keep questioning things you hear from experts.  Experts will often say “consent is simple.”  Some parts of consent may be more clear than others (like don’t try to have sex with someone who is passed out, and if someone is telling you no, then stop whatever you’re doing) but consent isn’t always that simple.  Having sex IS complicated.  It’s one of the reasons why it makes sense to not do it until you feel ready.  Not just in terms of your first time having sex, but each time you think about having sex with someone new.

Saying that consent is complicated doesn’t give you a pass to skip talking about it. Even though it can be complicated it is also essential.

If you’re having sex and not checking in with your partner about what you’re doing and whether or not they are okay with it, you never know if they are feeling pressured, or if they are just going along with things for their own complicated reasons.  You might not even know if they are feeling forced and coerced.  The only way to know that, is to know how and what to ask, and then to follow through by asking.