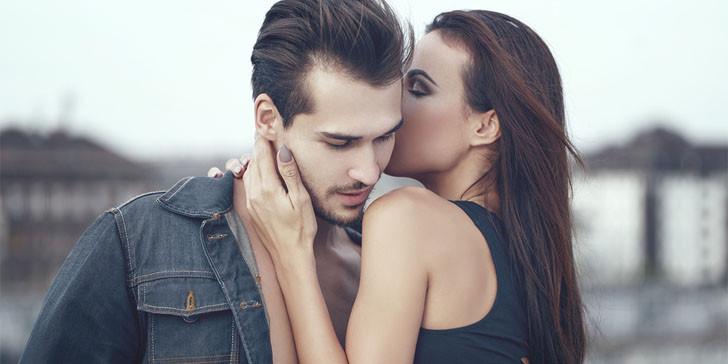 There are just a few things that I find women frequently saying that I just have to always take with a grain of salt.

I don’t know why women says these things, and it will likely never be completely clear to me.

Whenever a girl invites you into her home for the first time, what does she inevitably say before you’ve stepped over the threshold? That’s right: “It’s a mess.”

Except that it’s not.

It doesn’t matter what a girl might be talking about: Her apartment, her car, her hair–it’s always “a mess” according to her, and yet it NEVER is, or very rarely.

It makes a person wonder, really, that if she considers the tiny signs of untidiness around her abode to signify “a mess” (Oh no! She left a glass of water on her kitchen table and forgot to throw it in the dishwasher before you came!), then what would she think about your house, bathroom, car, etc? Is she noticing and scrutinizing every last bit of dust on the dashboard of your sedan when she takes a ride? Does she hold a magnifying glass up to the back of your shirt when you’re turned around, picking at every last microscopic piece of lint?

Does she expect you to expect her house to look spotless, like no one has lived in it, in spite of the fact that you know she’s living in it? Wouldn’t it be creepier if it was spotless and totally immaculate because then you would wonder if this was actually her house?

It’s not a mess! It’s not even messy! No matter how many times a girl might say that, I won’t believe her, and the moment I step into her house I am consistently proved right. Unless you have bugs crawling around your counter-tops, trust me, I’ve seen worse.

The truth probably is that it’s not too heavy.

Now, the girl probably isn’t lying or being purposefully deceitful; it’s just that, in her mind, she’s already resigned herself to the idea that she can’t do something and would rather have someone else do it. In her mind, it’s too heavy.

So that means I have to carry it.

3 – “I’m not really looking for a relationship right now.”

Except that she is–or, rather, she may not be looking for one, but she’ll get one anyway.

I know this because so much of the time when a girl says this, she ends up in a relationship sometime soon anyway. The fact that she even has to say this implies that she’s the type to get into a relationship and has to consciously tell herself to avoid them. That hardly ever works, it seems.

Oftentimes, it’s when one has seemingly given up on love and turned ones attentions elsewhere that it pops up out of apparently nowhere. This goes for all kinds of people, actually, not only women.

It’s not that a woman shouldn’t be believed most of the time when she says this, and it’s not that a woman can’t be trusted to know her own preferences, it’s just that some of the time I have found that there’s more to the story, so I usually won’t take her literally until I’ve had a chance to observe her behavior more or until I’ve had a chance to speak with her in private.

Human sexuality in general is complex, and it seems a bit more complex in women(your fuck buddy) than in men, so it’s occasionally not as straightforward and category-based as it appears at first glance. When I’ve spoken to some women (more so than men) at length, sometimes it eventually comes out that they can make an exception here or there, or that they only use this or that label for the sake of brevity, etc.

Then there are other cases where the girl is adamant about one orientation or the other, then totally breaks her own rule when someone she really likes comes along. This is of course also understandable, as it merely signifies she didn’t know enough about herself before.

But, either way, I won’t believe her. Not at first.

Again, it’s not really a case of lying; this time, it’s because general society only allows a certain fixed set of labels.

Except that she’s gorgeous and looks wonderful.

Why is it that girls feel the need to pick apart all their perceived flaws and be insecure about them? Why is it that a lot of the time when she’s complaining about some physical feature or other of hers, it either doesn’t matter and you’d never notice it, or she’s just imagining things and it looks great?

Her hair, her skin, her face–it all looks good. Why does she pick at her pores and tell me she needs to drink more water because her epidermis is losing its elasticity? Does she secretly know how beautiful she looks, but is fishing for compliments? Or is her judgment of herself really that misaligned with reality? (Someone let me know; thanks in advance.)

Seriously, if any of the women I know ever read this: Stop it; you’re beautiful and statuesque.

And any women that I’ve never met who read this: I don’t know you, but you probably look good, so stop it.

…So, really, women everywhere: We’re on to you. I don’t believe you and nobody else does either.